A return to "UNCOMMON SENSE"!!!

A return to "UNCOMMON SENSE"!!! I Cenk Integrated Health 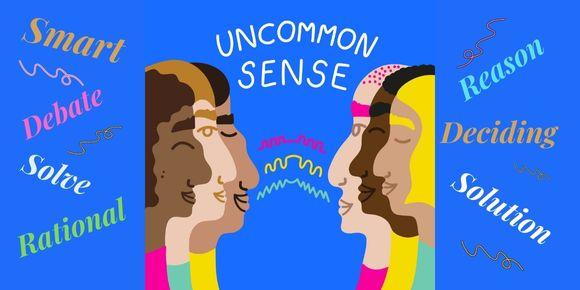 If you are anything like me, you remember when someone did something seemingly obviously correct, one would say that they were blessed with "common sense".  Simple things like using your turn signal when changing lanes to having your children behave appropriately in a restaurant were signs of "common sense".  Such is not the case in our society any longer.  "Common sense" doesn't seem to be that common.

Case in point.....  Our Federal Government and their appointed healthcare consultants indicated in 2020-2021 that the Pfizer and Moderna "vaccines" were 95% effective at reducing the transmission and infection rate of Covid-19.  Now, maybe they did not take the time to read the EUAs (Experimental Use Authorization) as I did, but if they did, they would have discovered that both EUAs indicated that their jabs did not reduce the risk of infection or transmissibility (0% effective)!!!  Thus, they started off the entire Covid-19 Pandemic "vaccine" roll-out with a bold-faced LIE!!!  Prior to the "Vaccines", they had indicated that it would take "two weeks to flatten the curve" with lockdowns.  Dr. Deborah Brix, the White House Coronavirus Response Coordinator under President Donald Trump, admitted in her book "Silent Invasion" that she falsified and made unprovable statistics to justify lockdowns and social distancing in the US.  She lied to the President of the United States and the population of the world.  Now she expects us to believe the next "booster" is the one to fix it all.

Unbeknownst to most of the citizens of the US, a group of very highly credentialed Doctors disagreed vehemently with the WHO, CDC, FDA, NIH, and White House about the proper measures to be taken at the onset of the Pandemic.  These Doctors are the authors of THE GREAT BARRINGTON DECLARATION, who demonstrated UNCOMMON SENSE.  These three epidemiologists from Harvard, Stanford, and Oxford put their professional livelihoods on the line and were joined by thousands of other healthcare signers of the Declaration that opposed lockdowns, social distancing, masking, and vaccine mandates.  They did so with the use of SCIENTIFIC STUDIES which presented FACTS that refuted almost every policy carried out by the White House team of talking heads.  The response of the White House?  Dr. Collins of the NIH instructed Dr. Fauci of the NAIA that he needed to marginalize these "fringe epidemiologists".  Dr. Fauci responded "I'm on it" and from thereon initiated a campaign with the help of FaceBook, Twitter, and Google to destroy the careers of these three learned professionals along with many others.  For an update, look at the information released by Elon Musk on the "Twitter Files".

One of these "marginal epidemiologists" was Martin Kulldorff (born 1962) a Swedish biostatistician. From 2003 to 2021, he was a professor of medicine at Harvard Medical School.  He is a member of the US Food and Drug Administration's Drug Safety and Risk Management Advisory Committee and a former member of the Vaccine Safety Subgroup of the Advisory Committee on Immunization Practices at the US Centers for Disease Control and Prevention. Dr. Kulldorf designed the Swedish response to the Pandemic which resulted in NO lockdowns, NO masking, and NO children missing school.  This resulted in some of the Best Statistical outcomes for any country in the world.

Why am I telling you all of this?  So, you may start practicing some Uncommon Sense yourself and questioning the non-scientific, politically motivated actions of our Federal Government which are operating in their own best interests and NOT YOURS OR MINE.

Remember, "The only people who are mad at you for speaking the truth are those people who are living a lie".  Mark Twain once said, "IT IS EASIER TO FOOL PEOPLE THAN IT IS TO CONVINCE THEM THAT THEY HAVE BEEN FOOLED".