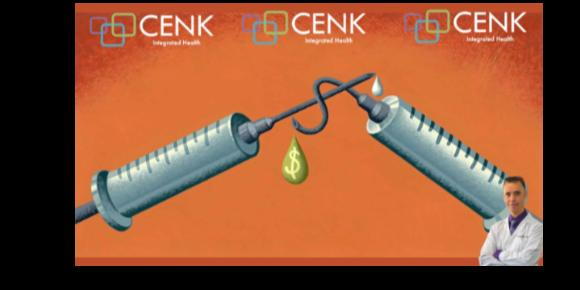 Over the past 2 and a half years we have been subjected to the most egregious quasi-scientific, experimental propaganda campaign ever launched in the history of the human race.  Our political/scientific leaders (whom none of us voted for - they were appointed) took it upon themselves to carry out the greatest scam with all of us being the "dupes".  These political/scientific leaders became celebrities whose opinions were considered above reproach (Fauci, Birx, Collins, Gupta).  Dr. Fauci even had the audacity to call himself "science".

We were intentionally deceived into believing a pathogen with a mortality rate of .1  to .3% was going to be the end of the civilized world as we know it.  All for the sake of Big Pharma generating $BILLIONS$ in "vaccine" sales and hospitals making record profits.  The GOA (Government Office of Accountability - oxymoron) estimates that 2 Trillion dollars were spent by the Fed over the past 2 years on Covid and only 200 Billion can be accounted for reasonably.  Yes, that means that 1.8 Trillion dollars have not been ACCOUNTED by the US government.  That is $5,454 spent on every man, woman, and child living in the US as an effort to stop the spread of an airborne virus that has an average age of death of 81.1 y.o.  If that shocks you, you might like to know that the Life Expectancy in the US has dropped from 78.8 in 2019 to 77.1 in 2021.  Did it drop because of Covid-19?  The answer is a definitive NO.  It dropped due to the 199,000 excess deaths in individuals 25 y.o. and younger who died from suicide and drug overdoses. Thank you, Drs. Fauci and Brix for the lockdowns that caused these deaths and did nothing to change the course of this pathogen.

Those who orchestrated this fiasco should be jailed for their participation in this grand facade.

BE PREPARED!!!  We are not out of the woods yet.  The long, cold winter is coming.  Expect more of the same since no lessons have been learned.